Spectacular, eye-catching hood or inconspicuous, disappearing at the wave of the hand design - these two extremes are the best suited for a kitchen integrated into the living room. Exhaust represent as a component of architectural design, imitate a ceiling lamp, completely hide. Designers strive to facilitate “communication” with the device, equipping it with touch-sensitive displays and a remote control - you can turn on the air purification without getting up from the sofa.

The choice of the type of hood depends primarily on the layout. If the hob is located on the island (the most relevant option in premium interiors), then in this case, as a rule, preference is given to ceiling-mounted models, placing them above the stove. Elegant, suspended on the thinnest trails or, on the contrary, pointedly industrial, they combine the functions of an air purifier and a lamp, adding soft, now more and more often LED light. Ceiling hoods are loved by interior designers - for their sculptural form, as well as their versatility: such a model can be placed anywhere in the kitchen. Beauty is beauty, yet the key characteristic of the hood is performance: the volume of air that it passes through itself per hour of work. 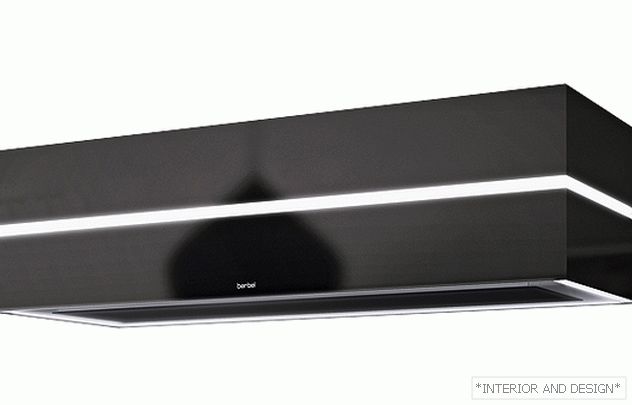 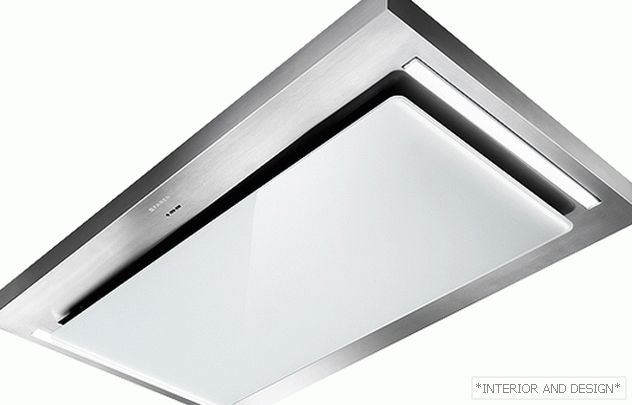 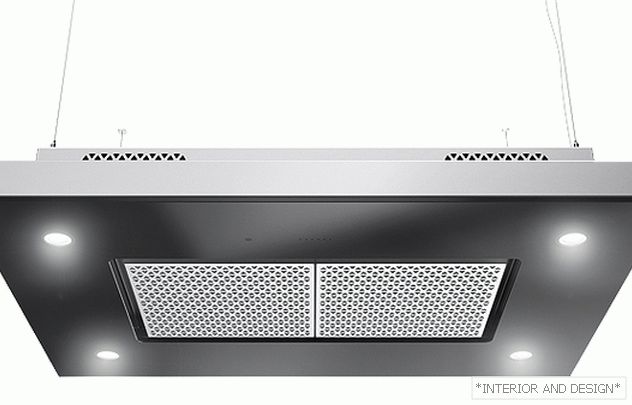 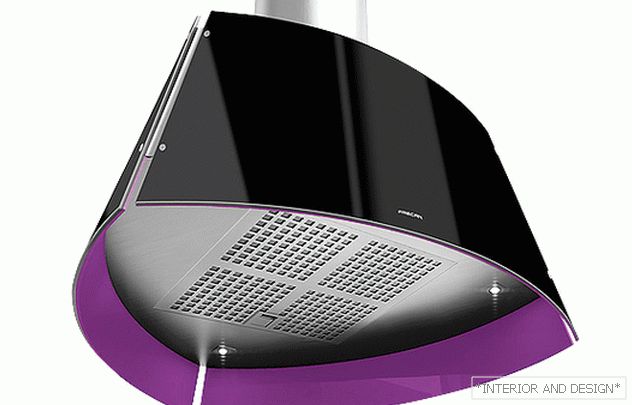 Many manufacturers are seeking to improve performance not by increasing the suction power, but by improving the efficiency of air exhaust. This is achieved by the formation of the correct exhaust stream and new technologies in the filtration system. An impressive development is the separation of fats. It allows you to separate the fat suspension in the bulk before the entry of air into the fat filter. This separator is removed, easy to clean in the dishwasher and significantly reduces the load on the filter, which is why it serves many times longer. In general, I must say that the modern hood - the focus of high technology. The most advanced models synchronize work with cooking surfaces: they receive information about the mode in which cooking is going on, and select the optimum power. 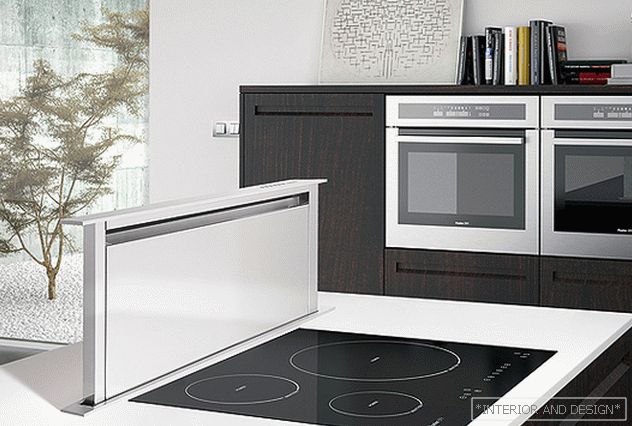 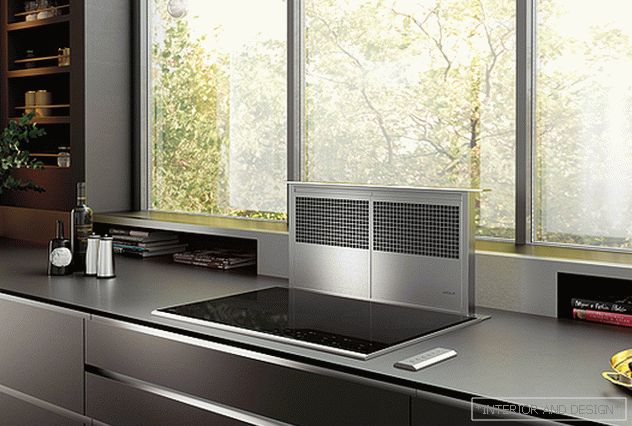 Increasingly, kitchens are equipped with appliances that are built into the worktop and, if necessary, are moved to the desired height. Since these models are located in the immediate vicinity of the plate, they are most effective. 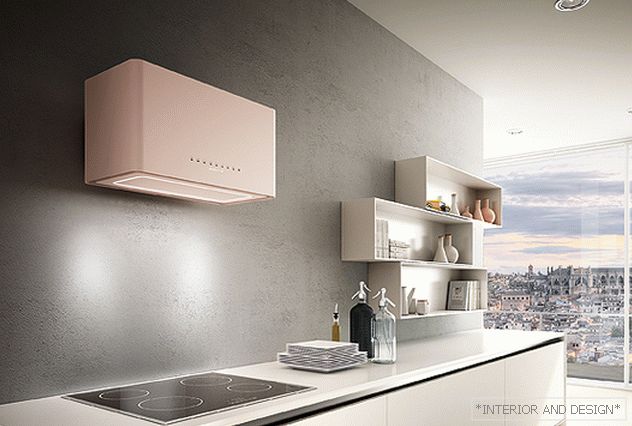 Thalia, Faber. The model is available in white, pistachio, pink and cream color. LED lamps on the perimeter. Zhiroulavlivayushchy coal filter. The air duct is adjustable in 4 positions on the front and rear sides. 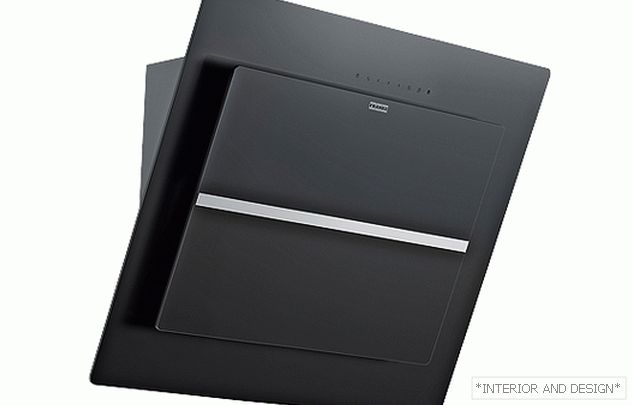 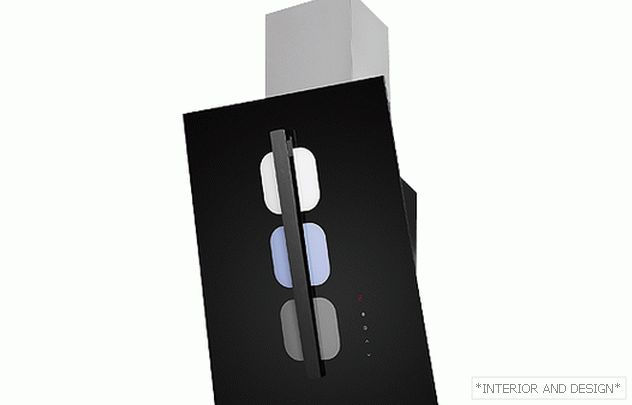 Slide-Down, Silverline. The mechanism is hidden behind a panel of glass - it slides down when the hood is working and protects the wall from grease and dirt. Red Dot 2015. 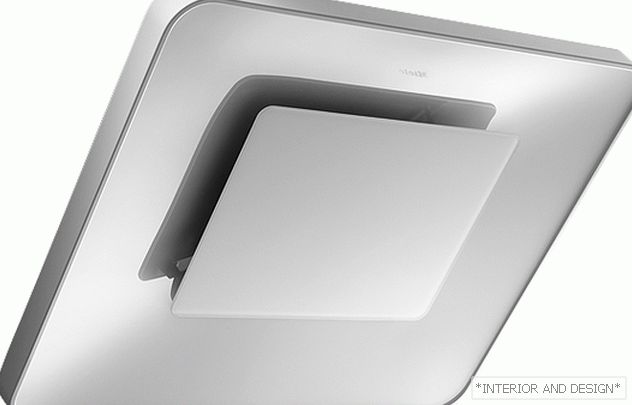 Pearl, Miele, with the function of the LED-lamp. Width 90 cm. Miele Eco Energy Saving Motor. Ability to work in the modes of recirculation and exhaust air. The Miele Con @ activity function synchronizes the work of the hood with the hob. The new EuroCucina 2016.

The most common are still wall models, or, as they are called, fireplace. The name goes back to the traditional form of the chimney, although the design has changed significantly since then. An important role in this was played by one of the most significant technological innovations - perimeter suction. In conventional models, the air intake occurs over the entire area of ​​the working surface, in the "perimeter" - through a narrow slot along the perimeter. Due to the fact that the air is drawn through a limited space, it is accelerated. The technology has canceled the rule that the width of the hood must match the width of the hob, which means that manufacturers have freedom in design. 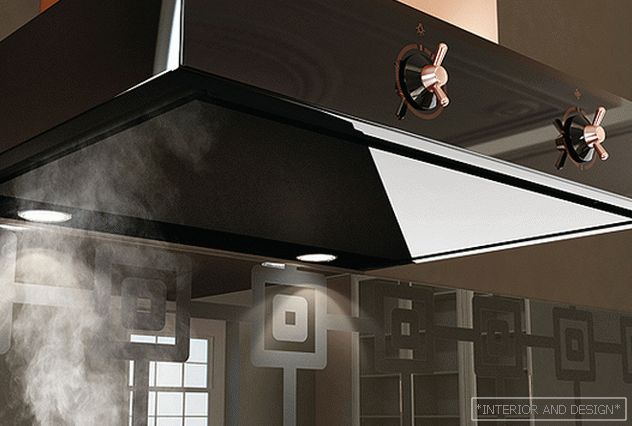 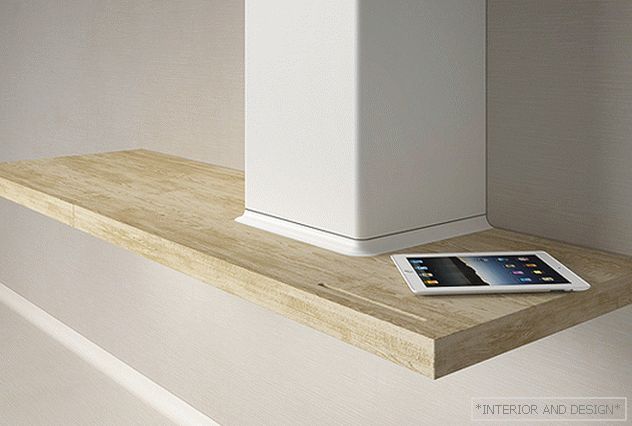 Bio, diz. F. Chris, Elica. The panel from a tree carries out function of a shelf. Adjust the backlight brightness. The touch locator itself determines the level of evaporation above the stove. USB input. 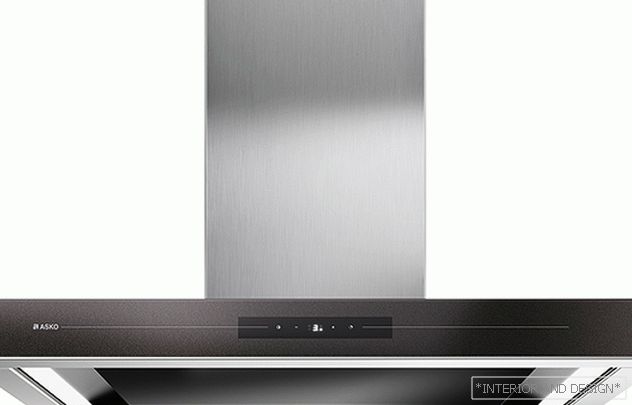 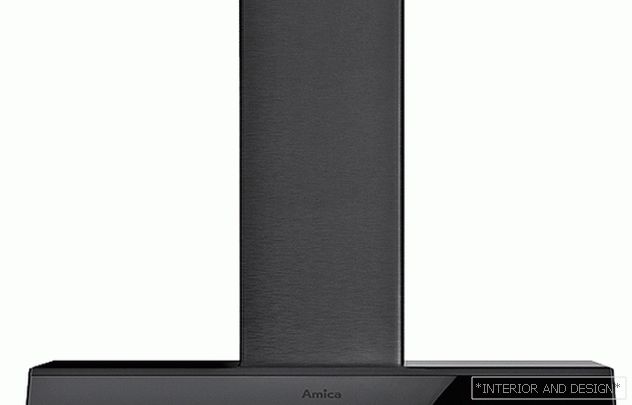 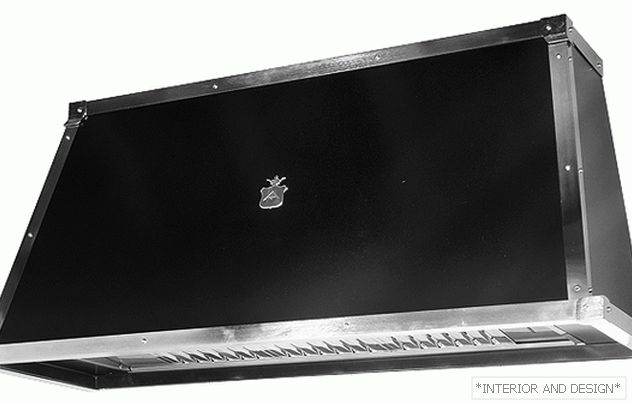 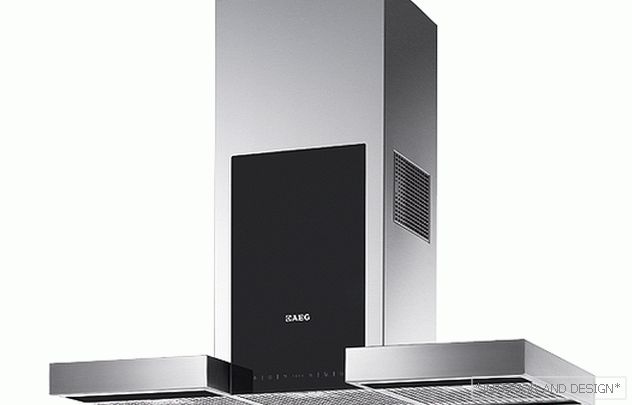 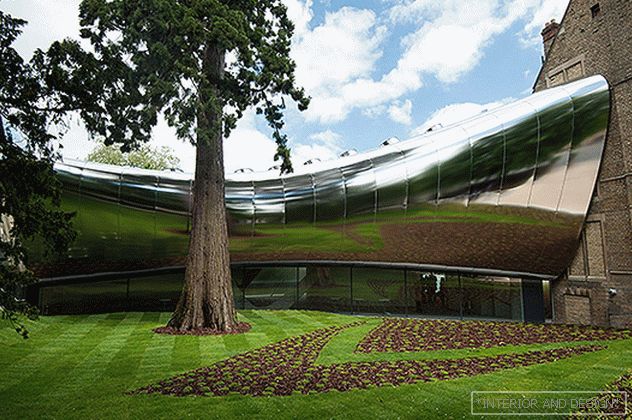 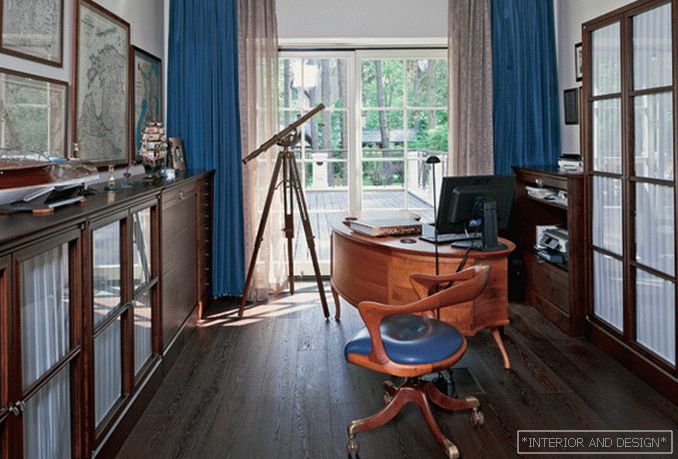 Penthouse on the garden