The Genoese Renzo Piano (Renzo Piano) has been designing memorable buildings for over forty years. In dozens of cities in the world there are museums and cultural centers created by him.

After a couple of years, the building reconstructed by the Renzo Piano Workshop Building should appear in the center of Moscow. The former power station on the Bolotnaya Embankment, purchased by the V-A-C foundation (Victoria is an art to be modern foundation, founded in 2009 by Leonid Michelson), Renzo Piano is going to be turned into a "factory of light". Solar panels will be installed here, the roof and the first floors will be glazed. 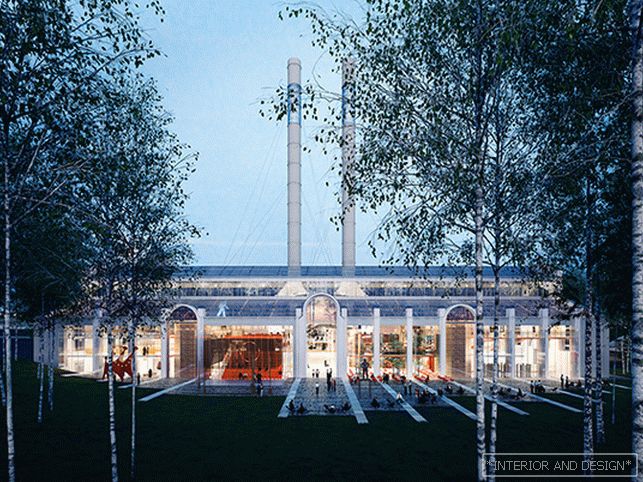 His projects are born as musical works. With a clear main idea, they are rich in details, where the particular is always associated with the general. Each is a complete study. Drunkenly accurately reveals the main question and uncompromisingly subordinates the elements to the answer found on it. The result is the appearance at first sight of unusual, but at the same time deeply thought out and logical decisions.

Related: Pompidou Center: 40 years to the main museum of modern art in France

He became famous at 33, at the age of indecent young for an architect. Together with the Englishman Richard Rogers, Piano won an international competition for the project of the cultural center in Paris, which became a manifesto of high-tech style and a new symbol of the capital. Turning the building inside out, exposing it for the first time and giving it the aesthetic value of engineering, he brought to the façade all the structural and technical details in order to give the maximum space to museum functions. About his firstborn, who elevated him to the architectural Olympus, Piano says: “The beaver (as the Pompidou Center in Paris is called) was supposed to be a fun city car, a creature from the books of Jules Verne, a strange ship in a dry port. It was a challenge to academism and a parody of technological images ... We were very young. And we were the bad guys. At that time, Paris made a gloomy impression with its strict stone facades. We wanted to destroy this image and create an object that arouses curiosity. ” (By the way, the first marriage of the architect was sacrificed to this project, which required moving to Paris. However, further work in France brought Emilia Rossato to his office, who became the second wife and Renzo's loyal assistant.)

Drunk can not be called the slave of the first success in the profession. Opening the way to numerous followers, he continued the search. The most important part of his work became centers and cultural institutions. 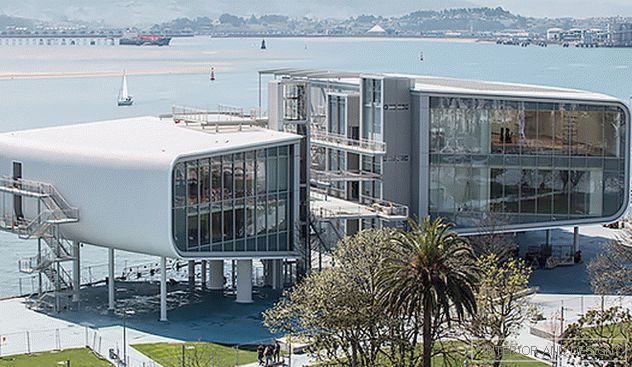 The list of cities with museums from Renzo Piano Buiding Workshop is infinitely long: Santader, Amsterdam, Atlanta, Basel, Bern, Chicago, Dallas, Genoa, Los Angeles, Lyon, Paris (2 museums), San Francisco, Turin, of course, Houston, where the building of The Menil Collection (1986) stands. Its roof is formed by thin reinforced concrete plates-leaves. “We built a small mechanism, which was called a little pompous -“ solar machine ”. He allowed us, working in Genoa, to know the exact position of the sun in Houston. We put the model of the museum on a scale of one to ten in the garden and thus studied the distribution of light in the rooms. ” 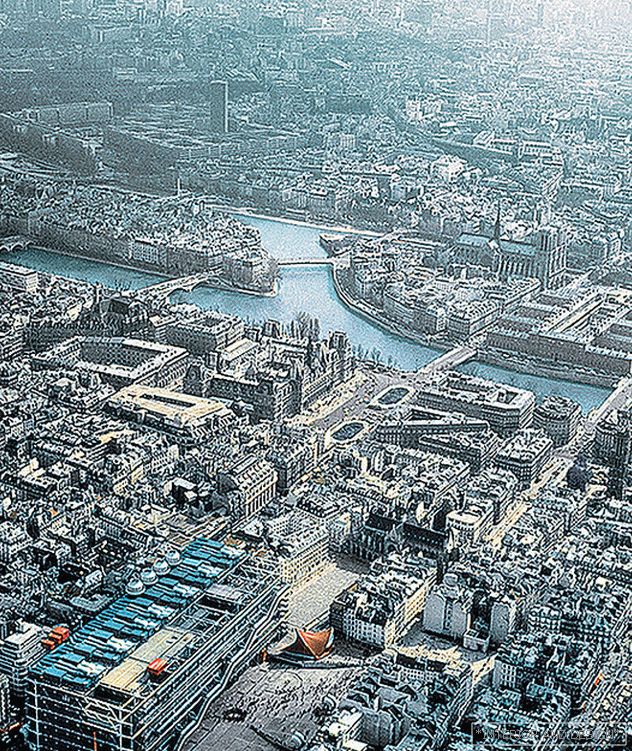 One of the most famous buildings Renzo Piano - California Academy of Sciences (opened in 2009). Unlike other participants, Renzo came to the competition without taking anything with him. He carefully examined the site with a dilapidated building, climbed up, smoked his unchanged cigar and, going down, drew a simple sketch with a wave-shaped roof overlooking the surrounding hills. Having won in the next competition, Piano not only realized the successfully found image, but also worked deeply on the theme of eco-architecture. Thanks to numerous know-how (for example, such as thermal insulation from recycled jeans), green construction has gained a new starting point. The habit of starting a project with a walk, with an attempt to grasp the spirit of a place is an obligatory part of its method. Even when designing an airport on an embankment island in China, Drunk flew in, sailed before the project began to where there was nothing but the restless waves of the ocean.

Renzo Piano, who was born in a family of construction magnates, admits that he once wanted to be a musician, but did not succeed too much and became an architect. “Music, like architecture, is built around order and mathematics. Order and chaos, canon and freedom are both music and the way I interpret constructions and materials. The most important moments are when you decide not to obey the laws and break the order. This is architecture. ” 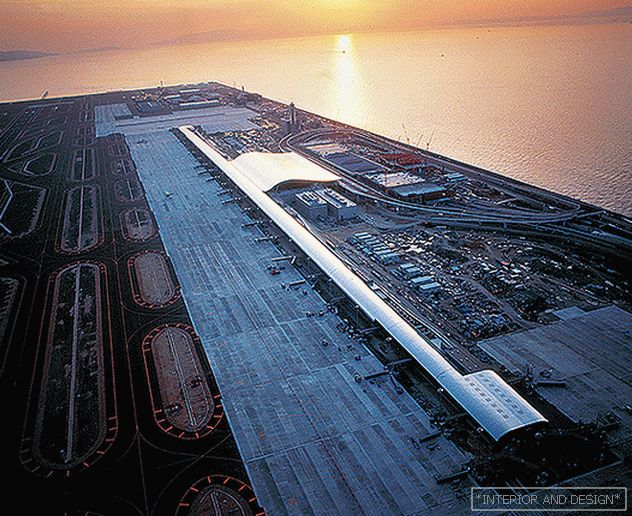 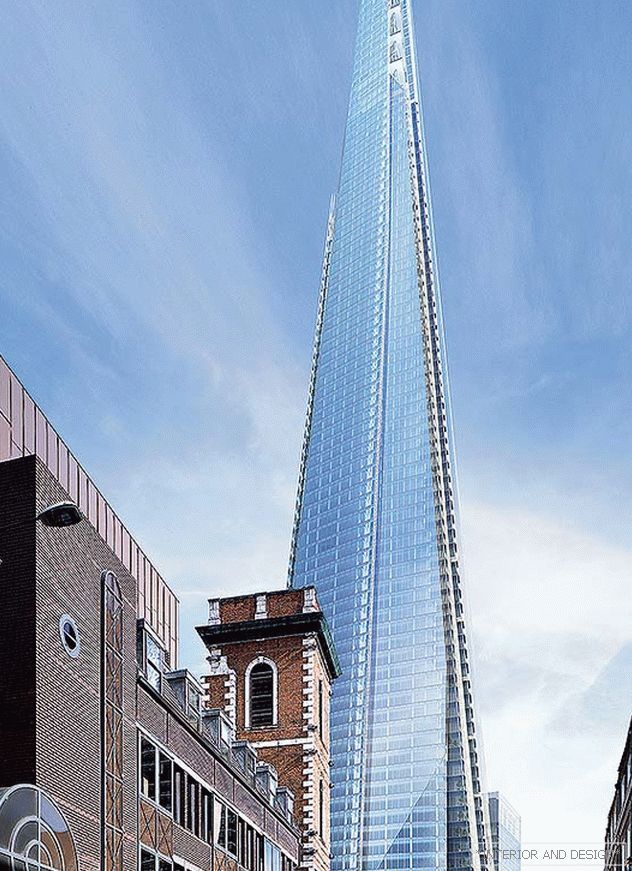 Skyscraper The Shard in London. 2012. Project.

“Architectural practice, by analogy with the work of a therapist, teaches you something very important: the art of listening to people and finding inspiration. I was born on the outskirts, not far from steel mills and shipyards in the west of Genoa. Most city dwellers live on the outskirts - these are places of the future, rich in energy and vital more than ever. ” 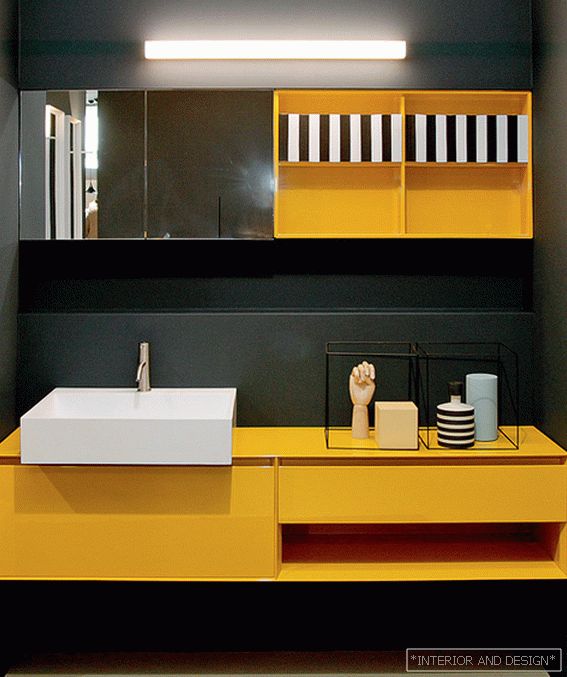 Go to the rapprochement 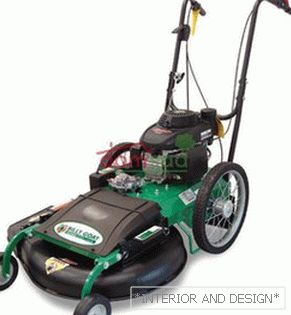 Which is better to buy a lawn mower to give?