Diseases of tui: their treatment and photo

› IRADALAT.COM - Interior and Design. The best photos of the interior. Apartments design. › Yard and plot 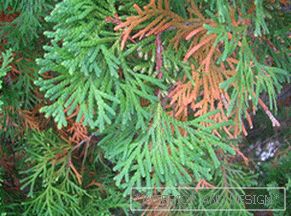 Thuja is an evergreen plant that can easily tolerate cold and polluted air. Many gardeners plant it to isolate their site from the road. This conifer tree contains essential oils and emits phytoncides. That is why it has healing properties and a pleasant aroma. However, in some situations, the plant itself needs to be protected from various parasites and diseases.

The main pests of Tui 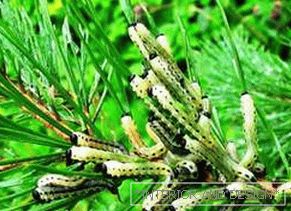 If the needles are yellowed and fall off, then, most likely, it is damaged by a tuyeva aphid, thereby reducing the decorativeness of the plantings. These insects have a gray-brown color, and they are also covered with silver-white wax dust. Aphids mainly damage the lower part of the shoots. To get rid of them, it is necessary to spray the plant with karbofos.

Still spoil the conifer tree can thistle mothwhich is a butterfly of only 4 mm. They begin to take off at the beginning of summer. When this parasite strikes thuja, the tops of the shoots die off, and the tops turn brown. Consider the gnawed holes of small larvae can be on the lumen. To prevent the spread of moths, it is necessary to treat the plant with preparations based on pyrethroids. Moreover, it is better to do this at the end of June several times with an interval of a week.

In addition, an equally dangerous pest of a thuja is a false defender. Adult insects have a yellow-brown shade, and their size reaches only 3 mm. The larvae of the false guard can also harm the plant, hibernating under the bark of young shoots. Quite often such parasites damage thuja in hedges. Get rid of them will get spraying:

Processing is carried out before bud breaks during a mass raid of strollers.

A pest such as a click beetle can damage the plant's root system. It weakens the development and growth of the tree, its needles and even individual branches fall. Wireworms of brown or black in length reach 13 mm. Parasites are distinguished by the fact that when they roll back onto their backs, they jump and roll over, emitting a click, becoming paws. Their larvae reach a length of 2.5 cm and have a yellowish-brown hue. First, beetles gnaw thin roots and humus, and then proceed to absorb thick roots.

Wireworm larvae most often found in lowland areas with acidic soil and stagnant water, since these conditions are the most favorable for them. Drainage and deoxidation of the earth, as well as autumn digging will help to get rid of such pests. If a large number of beetle is observed, then means containing diazonin are introduced into the soil.

But if a coniferous plant has damaged a tuyevsky beetle, then it should be immediately disposed of, so that other tui will not suffer. When this pest hits thuja, it leaves holes in the bark. Therefore, when planting healthy trees, you must carefully inspect them for the presence of passages in the trunk and ground flow. Moreover, it is necessary to provide the best conditions for the development of strong and healthy plants. 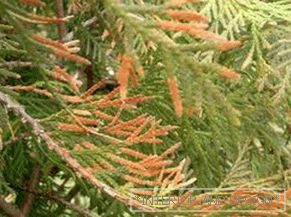 This fungal disease is the most dangerous. It first hits root, and then destroys the top layer of coniferous plants. This is reflected on the thuja as follows:

But under the bark of the fabric changes its color, it becomes brown, with a raid at the bottom. At the root of the smell of rot, besides, it becomes brittle.

As a rule, this disease affects thuja growing in a place where moisture constantly stagnates or does not drain the soil. To prevent the occurrence of phytophthora, it is necessary to water the plant with fungicides as often as possible. However, if the disease still managed to get to him, it is better to get rid of the Tui, and land swapbecause such a fungus is able to live in it for a long time.

A similar disease arises mostly in early spring. It manifests itself yellowing of some scales. If nothing is done, the escape will first turn brown and then die off. For treatment, it is necessary to cut the affected processes. After that, the tree must constantly sprinkle with limestone and feed. From the middle of summer to the end of September it is necessary to spray thuja with a foundation.

By the way, browning and yellowing of the tops of the plant can occur when there is a violation of the access of nutrients from the roots to the crown. This happens for the following reasons:

Fusarium or tracheomycosis. In this situation, it is necessary to water under the root and spray the crowns of the thuja with a 0.2% solution of foundationol. Instead, you can use another fungicide, for example, Abiga-Pik, kartotsid or HOM. It also helps to save zircon treatment, which improves the ability to resist with fungal diseases.

Roots of roots. Occurs usually due to too high standing groundwater. 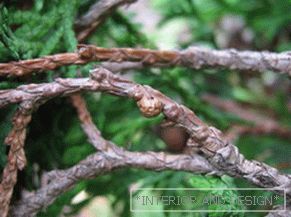 These fungal infections are manifested by abscission and darkening of the needles. The most common infection occurs in the spring, but is distributed year-round. They suffer from them, as a rule, young plants. For prevention, you need to cut all the bad branches and burn, to prevent the spread of the remaining coniferous trees. True, this technique does not always help.

It is advisable to treat the affected Tui fungicide home remedysuch as HOM. Approximately 40 grams of this powder should be diluted in 10 liters of water. Prepared solution is sprayed on affected plants in May and in the summer, when the disease manifests itself again. But it is necessary to carry out preventive treatment on the rest of the Tuis, without exception, because all of them are susceptible to contamination with rust and schutte. Make it the same drug, but only once in the spring.

If you do not succeed in achieving the desired result, then the near-stem circles of infected plants should be shedled with Fundazole. And this drug should not be sprayed thuja. It is used exclusively for the destruction of contagion in the soil.

For the treatment of a plant affected by schutte, used Topsin-M. To prepare the solution will need to take the drug 15 grams, and dilute it in 10 liters of water. Enough mix for spraying one adult tree. Processing is performed once in the spring when the night frosts stop.

You can replace HOM with the Borod mixture. This tool is proven and very effective.

In summer, in the heat, the root circle of the plant is desirable. peat. Thus, it will be possible to avoid loss of moisture. In addition, it should be protected from sunburn, as it may rot. Sometimes water the tree from above to stimulate the development of young shoots.

In the first few winters, sawdust is used to powder the land. But in the spring of Tui necessarily need to feed fertilizer for coniferous trees. In addition, experts recommend the use of organic and mineral substances: biohumus, ash or compost.

After planting the thuja, it is advisable to dilute the fertilizer twice to minimize the risk of burns. In the spring you need to cut the plant and remove diseased processes. Several times a year, shoots shorten by 30% to give them pomp and stimulate the growth of branches. With proper care of the plant, pests and diseases will bypass it, and the site will be decorated with a healthy and beautiful thuja. 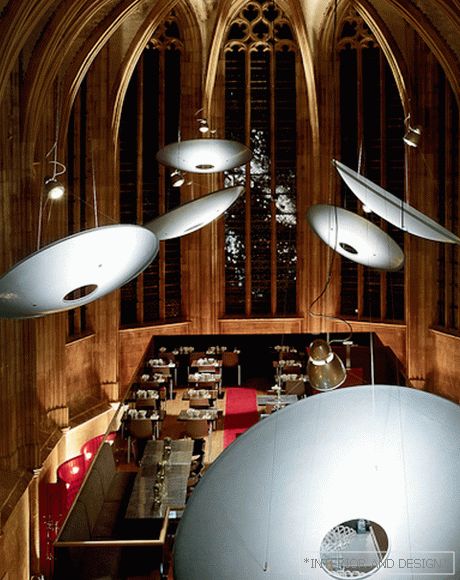 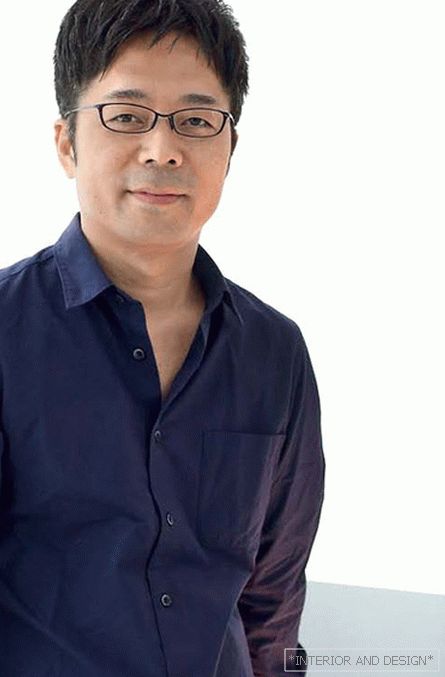 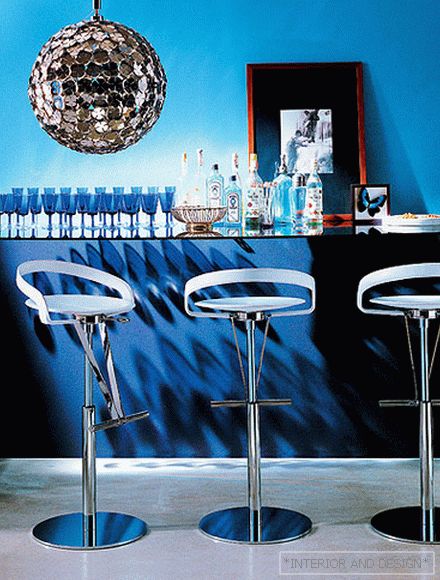 From detail to design