The architecture and design studio Snøhetta, known for its projects around the world, presented a new store in one of the largest shopping centers in Singapore, ION Orchard.

Snøhetta is the pride of the Norwegian archeology. This is the largest bureau that has been leading its history since 1989 and, in addition to Norway, having offices in Austria, the USA and Sweden, has won contests and is building from Dubai to New York. Snøhetta's most famous projects include the Oslo Opera House (the construction budget is about 32 million euros), the Lillehammer Art Museum (Norway), the Modern Art Museum (MOMA) in San Francisco. In 2014, the company was honored to develop the design of the national Norwegian currency with a par value of 1,000 crowns.

Australian brand Aesop specializes in organic cosmetics, skin care products. Each outlet of the company is made in a unique design - representatives of Aesop emphasize that the original interior and the number of visitors are directly related to each other. Interiors of brand boutiques in capitals and cities of the world immediately become points of attraction. These trendy places are designed only by interesting and talented architectural design teams, such as British designer Ilse Crawford, Japanese studio Torafu Architects, French studio Ciguë, March Studio from Melbourne (Australia), Norwegian Snøhetta. “I was horrified to think that Aesop could turn into a soulless network,” says Dennis Papitis, founder of Aesop. “For me, this brand is like the equivalent of a charming gold bracelet on the thin tanned wrist of a glamorous, well-read European woman who travels a lot and collects interesting experiences.” 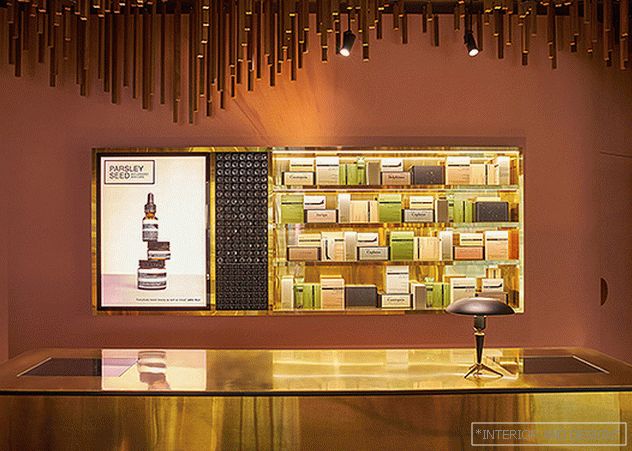 The showcase and stand in the Aesop store are made of brass, the main material used in the interior. 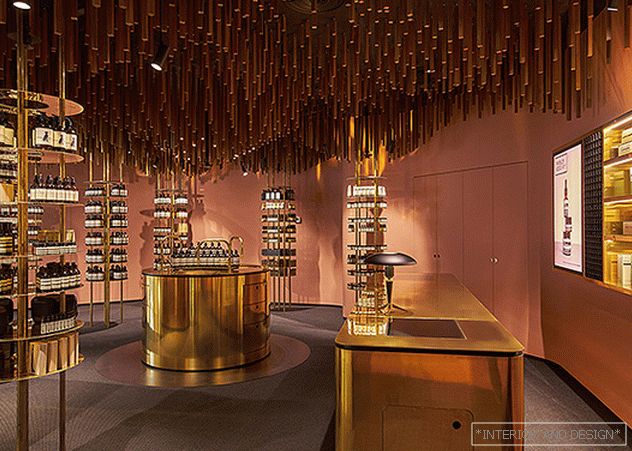 The golden color that dominates the interior creates a soft and natural glow. 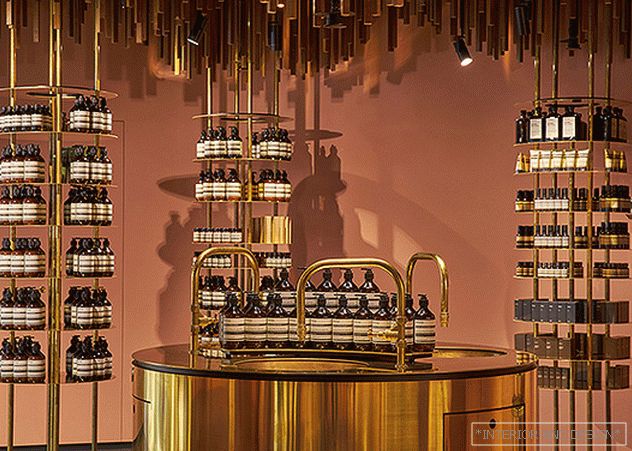 Brass shelving and showcase are elements that Snohetta used in another Singapore-based Aesop store. 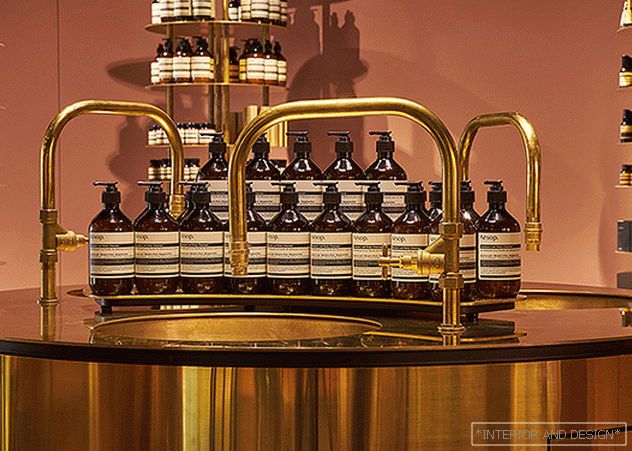 Aesop is a brand that promotes minimalism in everything: from the packaging of products that resemble pharmaceutical bubbles, to the extremely restrained design of their stores. 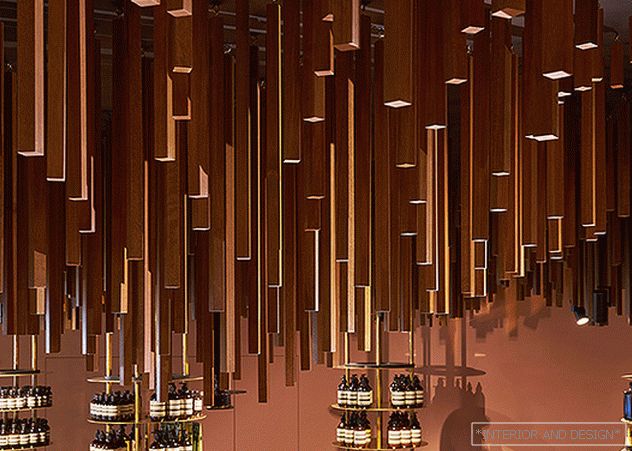 The main element of the decor of the new store is a composition of thin wooden slats, located on the ceiling and imitating the trunks of forest trees. 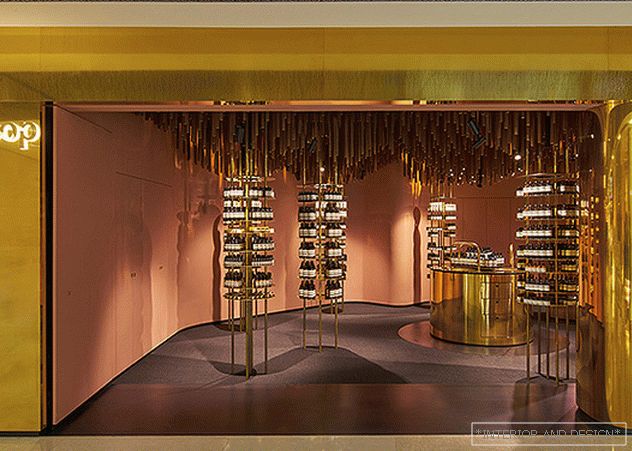 Three colors in the interior of the shop Aesop - golden, lilac, pale pink. 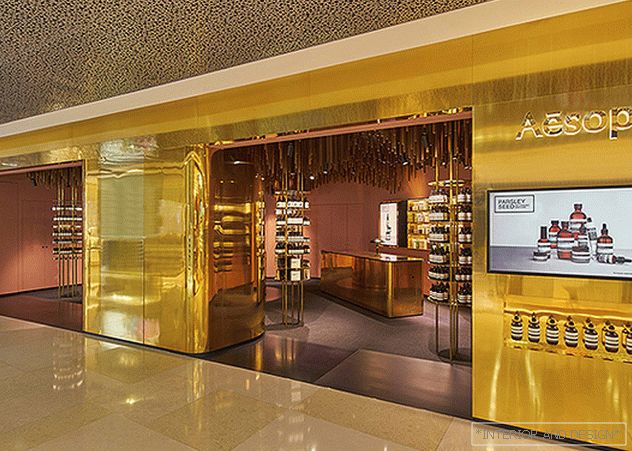 General view of the Aesop store in the ION Orchard Mall in Singapore.

On account of Snohetta this is the fourth Aesop store, the studio also worked for the brand in Berlin and in its native Norway. The central motive of the new design was “the forest opposite”. The ceiling is decorated with thin dark wooden hanging planks imitating trees. The floor covering is dark lilac in color made of sisal fibers, a natural component derived from the leaves of the Agave. The so-called carpet serves as a reminder of a fruit plantation. The pink color of the walls refers to the fruit of nutmeg.

To ensure continuity between the new store and another Aesop outlet, also located in Singapore, Snohetta uses the same brass shelves on which the brand's products are located. Also brass panels decorated and the entrance to the new store. 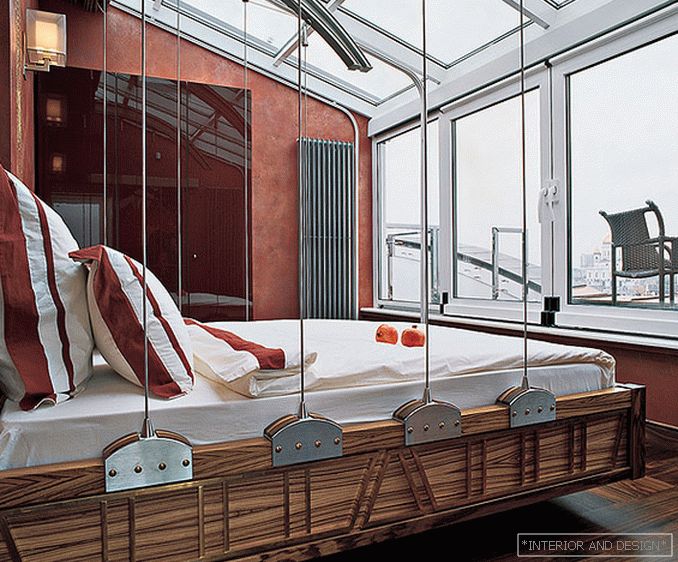 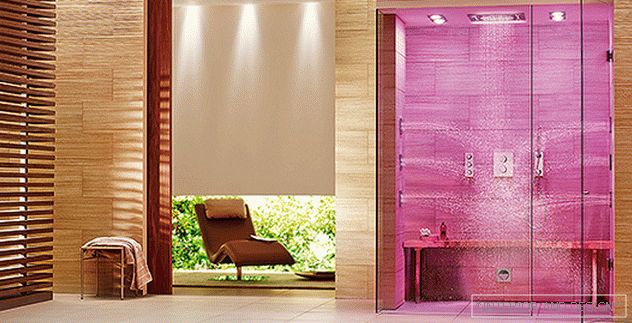 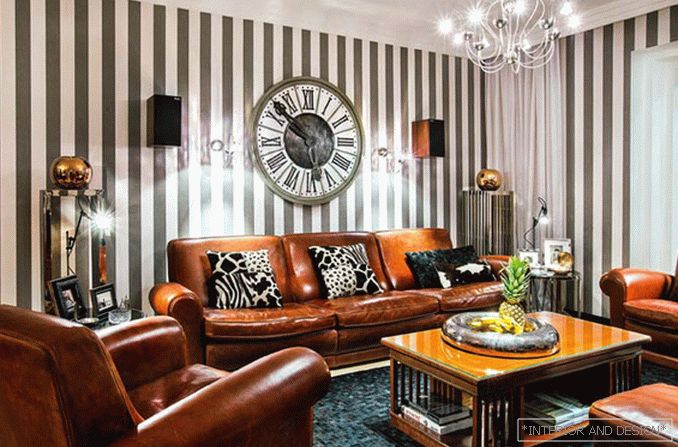 I was visiting visconti