Designer Alan Tanksley has furnished apartments in one of the most recognizable skyscrapers in New York.

On the topic: Accommodation named: how to change New York in 2018

The National Historic Landmark, the Woolworth Building in the center of Manhattan, was built in 1910-1913 by the design of the architect Cass Gilbert and until 1930 it had the status of the tallest building in the world. Due to the neo-Gothic architecture and similarity with the Catholic churches, the building received the nickname “Cathedral of Commerce” - here the headquarters of the F. W. Woolworth Company retail network were located, as well as the offices of numerous companies. 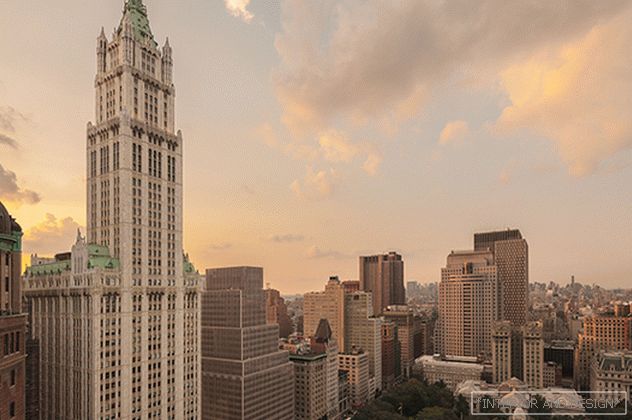 On the left is the Woolworth Building.

Today, 30 floors of the building were reconstructed by Alchemy Properties, a development company that invited to work on the project Thierry Despont, a French architect and decorator living in America and known for his work with expensive and large-scale real estate. Woolworth Tower Residences includes 33 apartments. 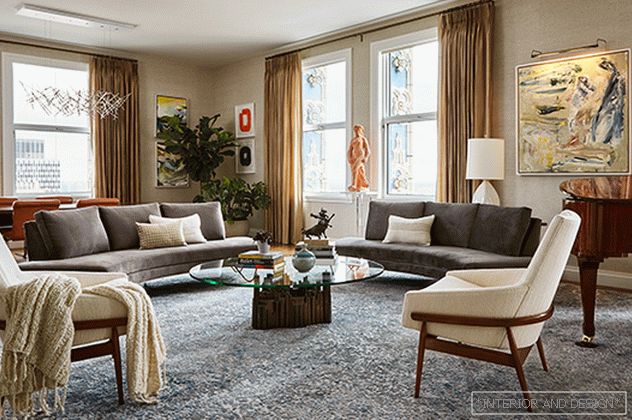 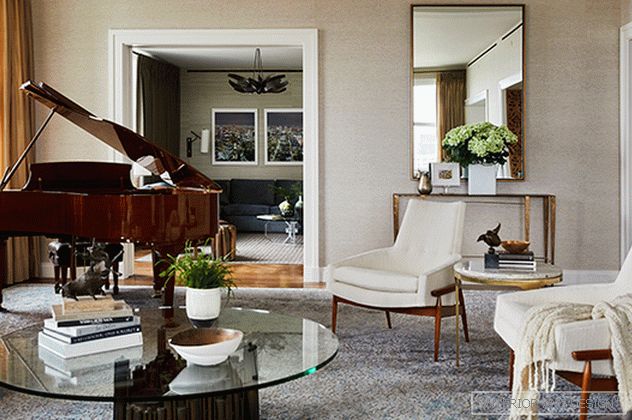 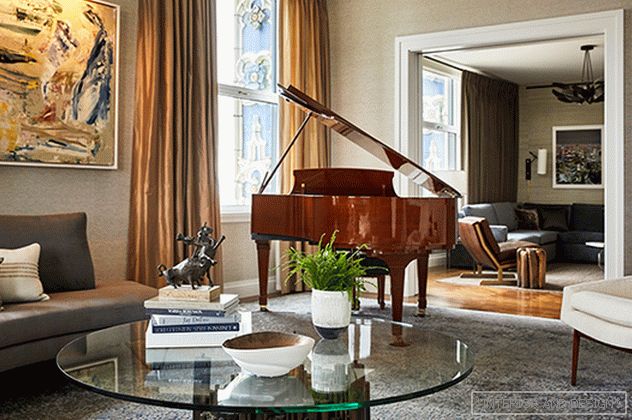 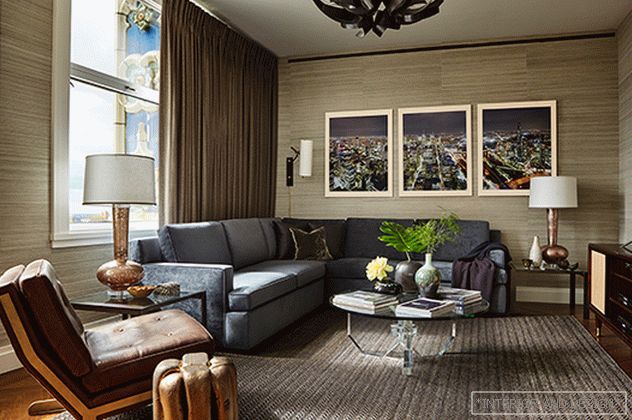 A demonstration apartment on the 38th floor was designed by Alan Tanksley, a native of New York. Three-bedroom apartments occupy almost 300 square meters. The designer says that although the interior was not created for specific people with their personal preferences, he could have seen many of his customers as owners. The cost of such an apartment with three bedrooms starts from $ 9,575,000. 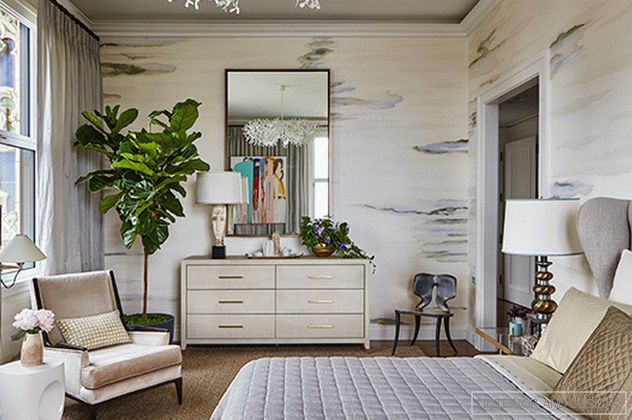 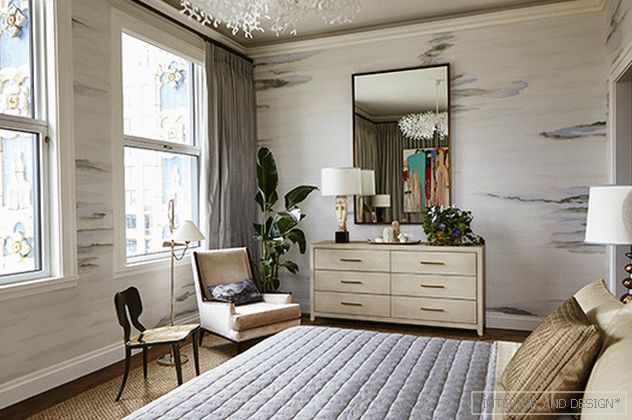 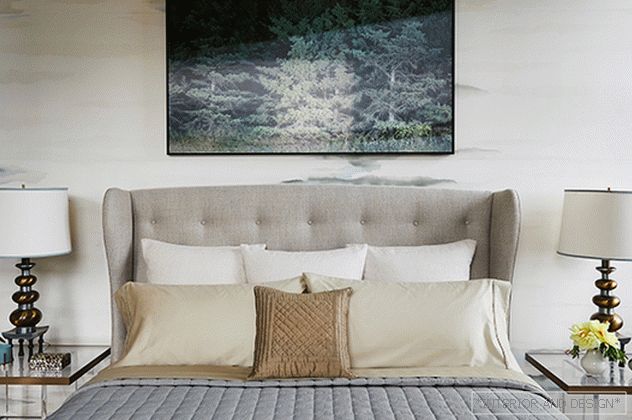 Potential owners of the apartment in his opinion - a couple with children of student age, living somewhere else, but often visiting New York, with a taste for elegant spaces that are suitable for both family entertainment and entertainment. 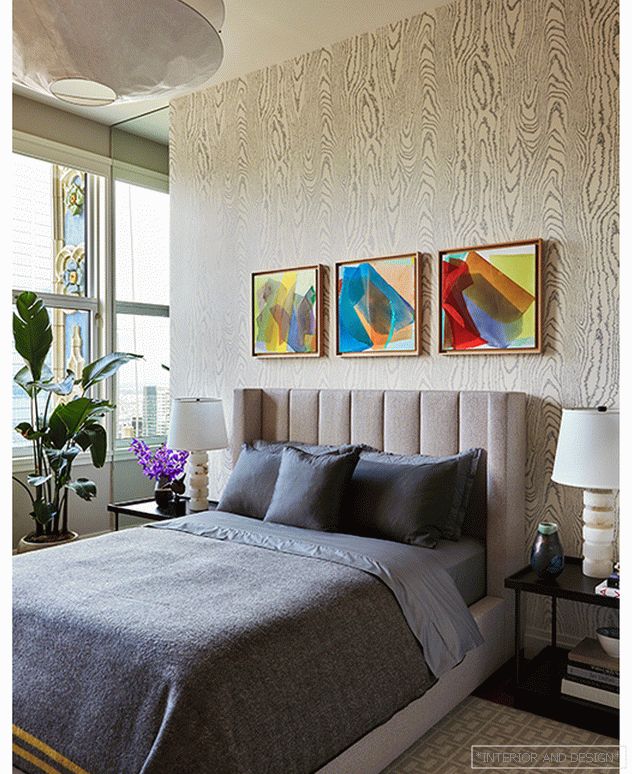 The designer made a bid for a natural palette and handicraft. The interior is dominated by muted natural tones - golden beige, coffee, milky white, smoky gray. Bored do not give modern furniture and art: for example, the work of artist Sarah Anne Johnson (Sarah Anne) and photographer Arne Swenson (Arne Svenson). 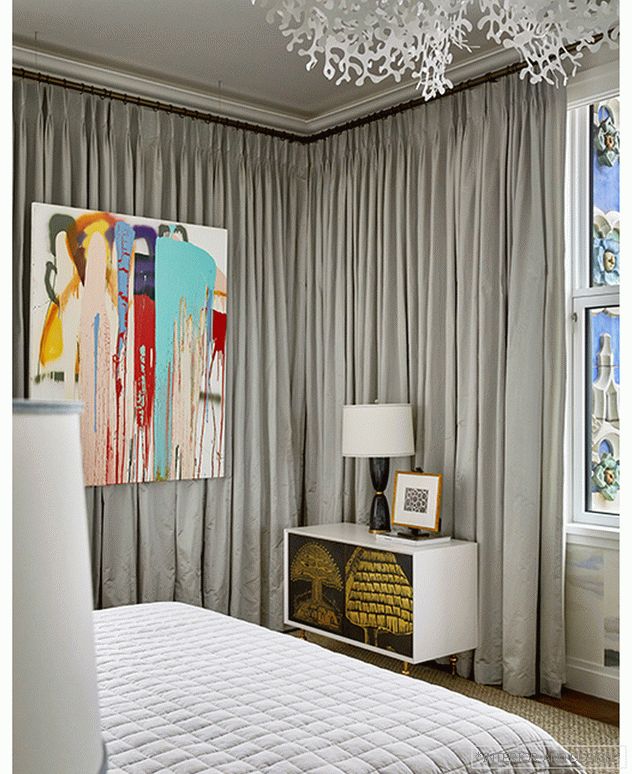 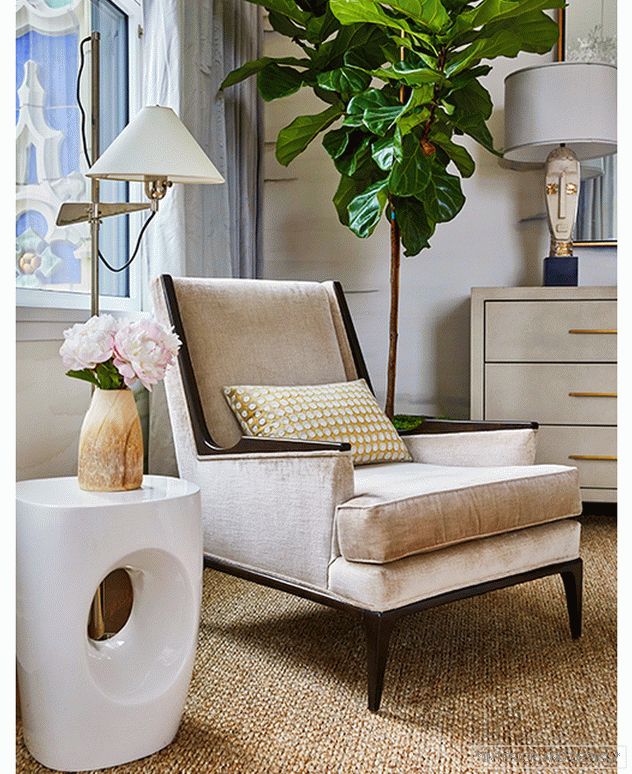 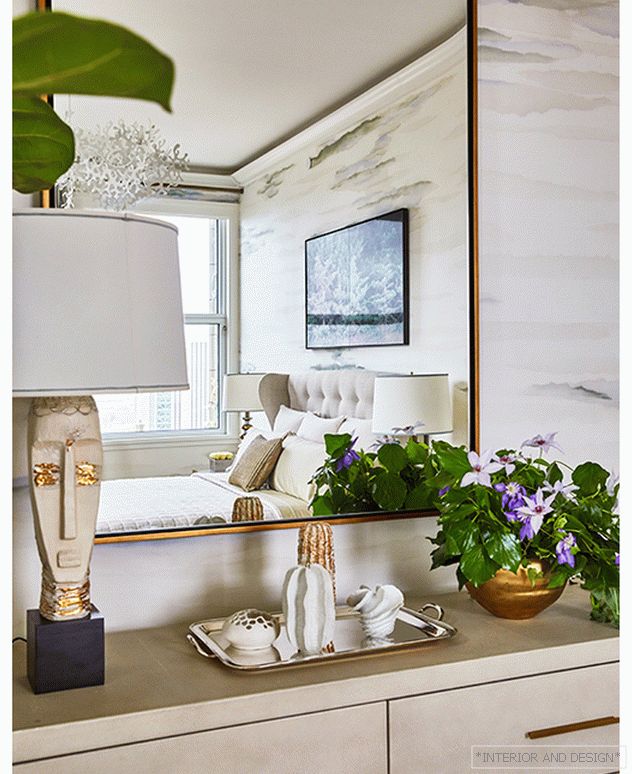 Many pieces of furniture are custom-made or customized specifically for this space. The curved Dune furniture sofas in the living room were upholstered in the designer’s choice, and with the Martin Patrick Evan team he worked on the color and size of their Digital Monet carpet. The bronze console was developed by designer Aurelien Gallet (Aurelien Gallet). Spectacular Lava wallpaper in the main bedroom - from the company Fromental. Drawing, inspired by traditional German ceramics, they were applied manually, based on the parameters of the room. 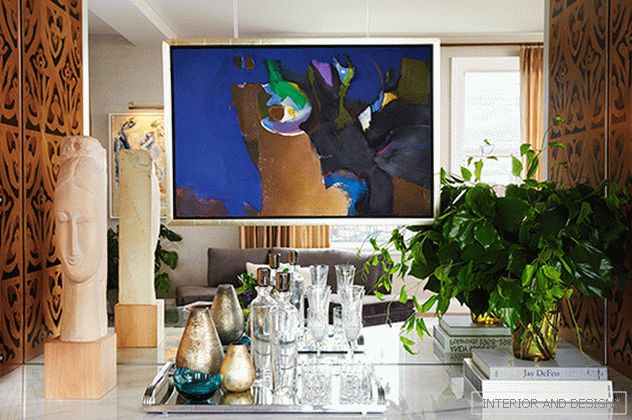 The bar in the living room, the walnut storage system for the dressing room, and some other carpentry were made by Clive Christian Furniture and came from the UK. 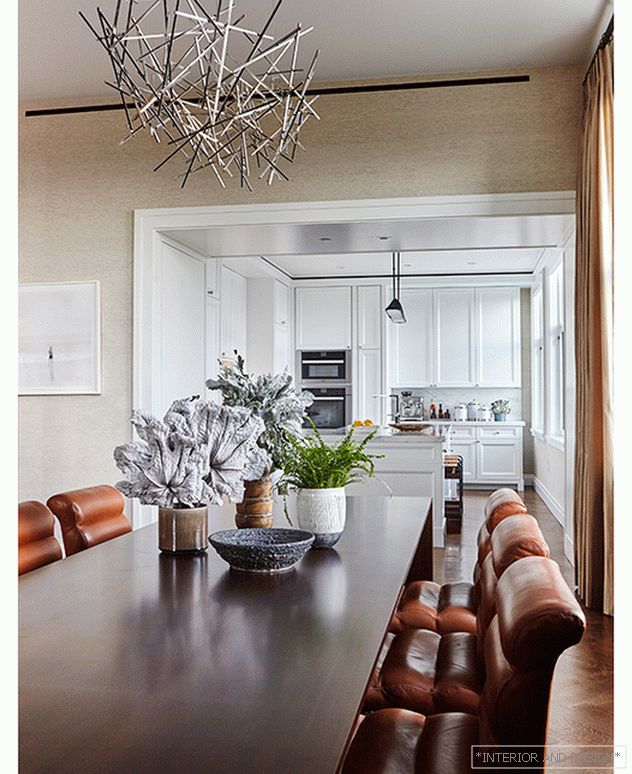 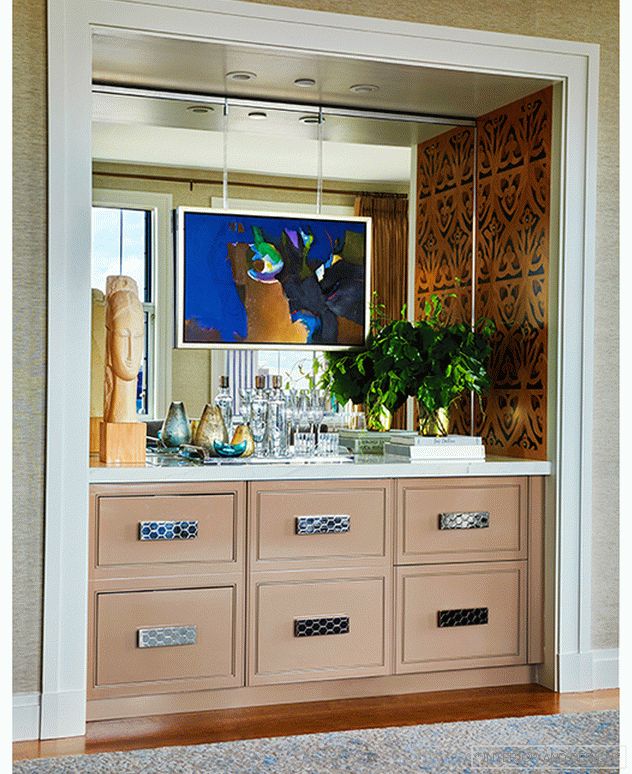 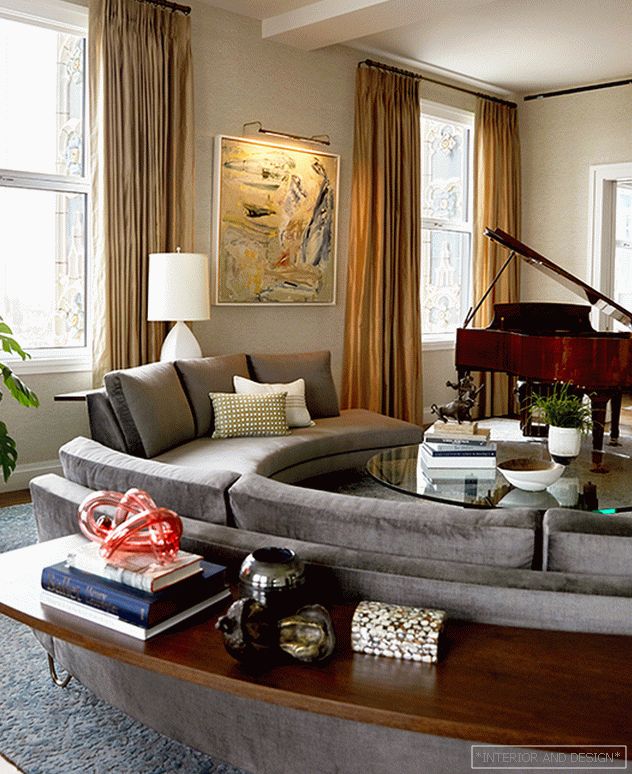 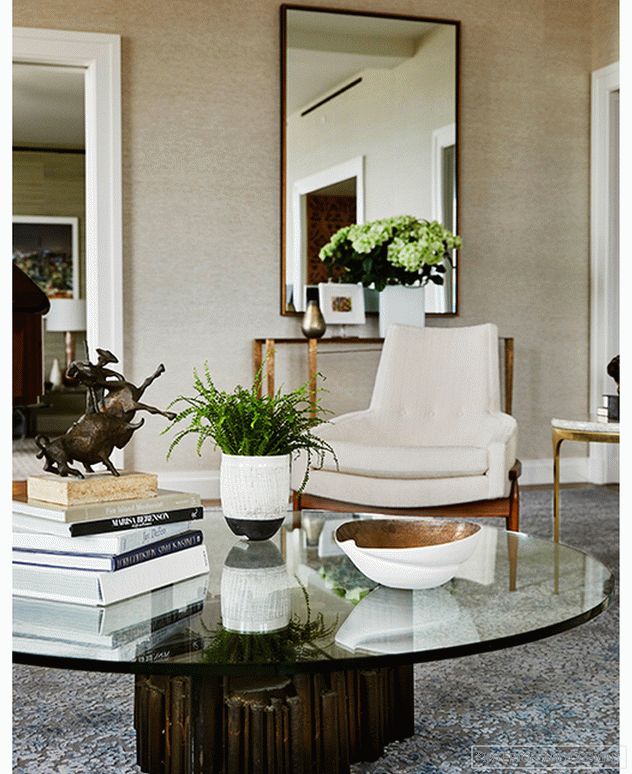 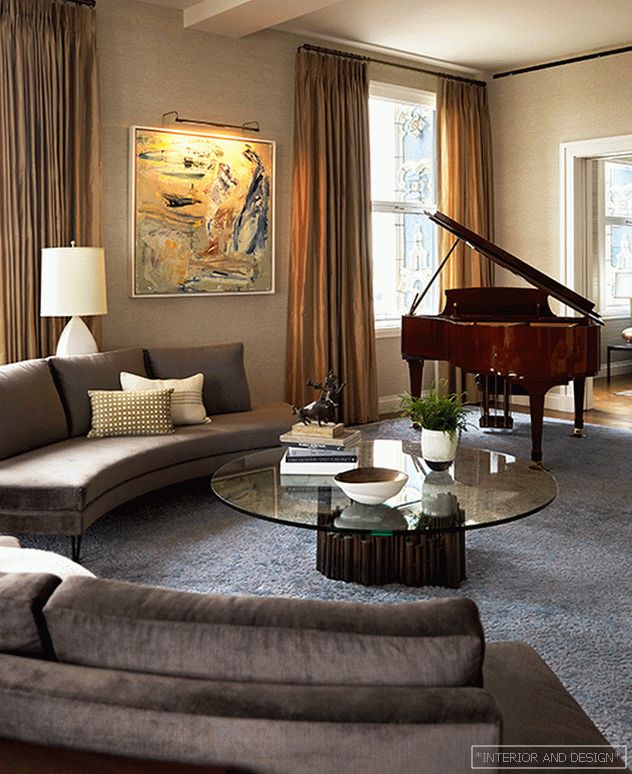 Alan Tanksley, a graduate of the School of Architecture at the University of Arizona, is known as the author of residential spaces filled with custom-made objects. A master of color, he uses palettes both challenging and relaxing. Collaborated with architects Maya Lin, James Dayton, Robert Orr and Harry Elson. Before he founded his own studio in 1993, he worked with designer Paula Perlini and in the studio of designer Mark Hampton. 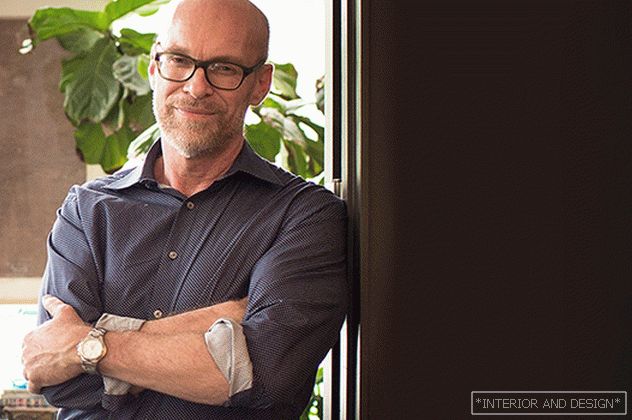 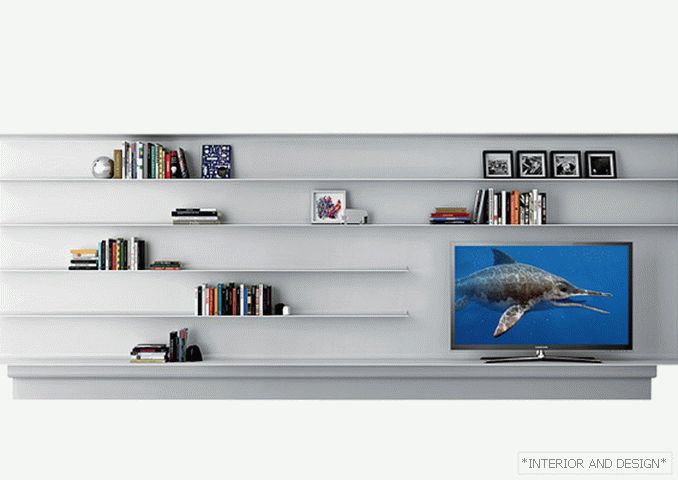 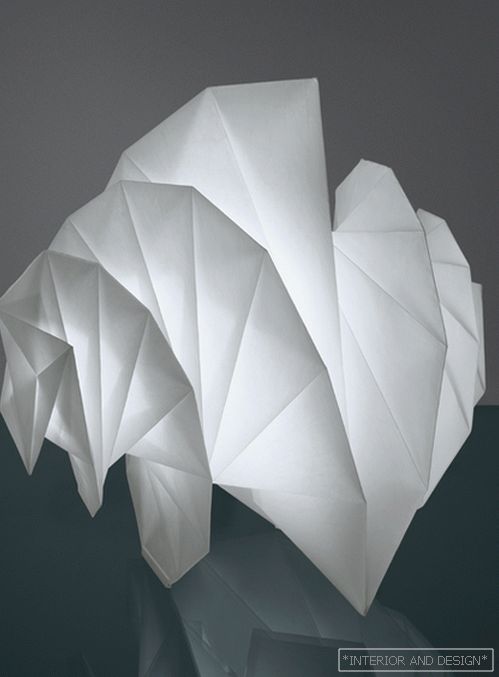 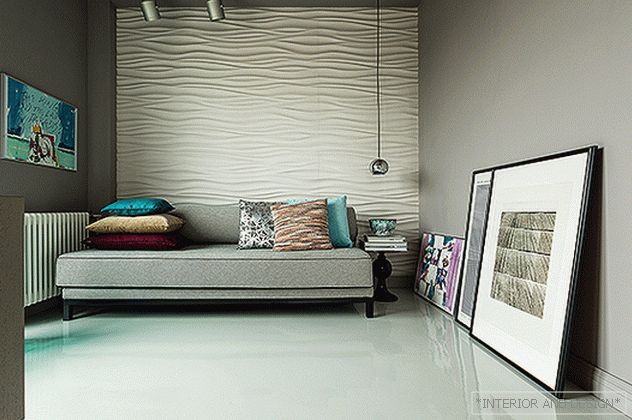 Irina krasheninnikova: the modernism of the 70s